Most awaited cricket game: Cricket 22 by Big Ant Studios and joined partner Nacon surprised their fans by the release. Here we cover all details, a full review of Cricket 22, and how to download & install Cricket 22. Some fans may call it Ashes Cricket 22 but the company decided to continue the sequel of Cricket 19 to 22. 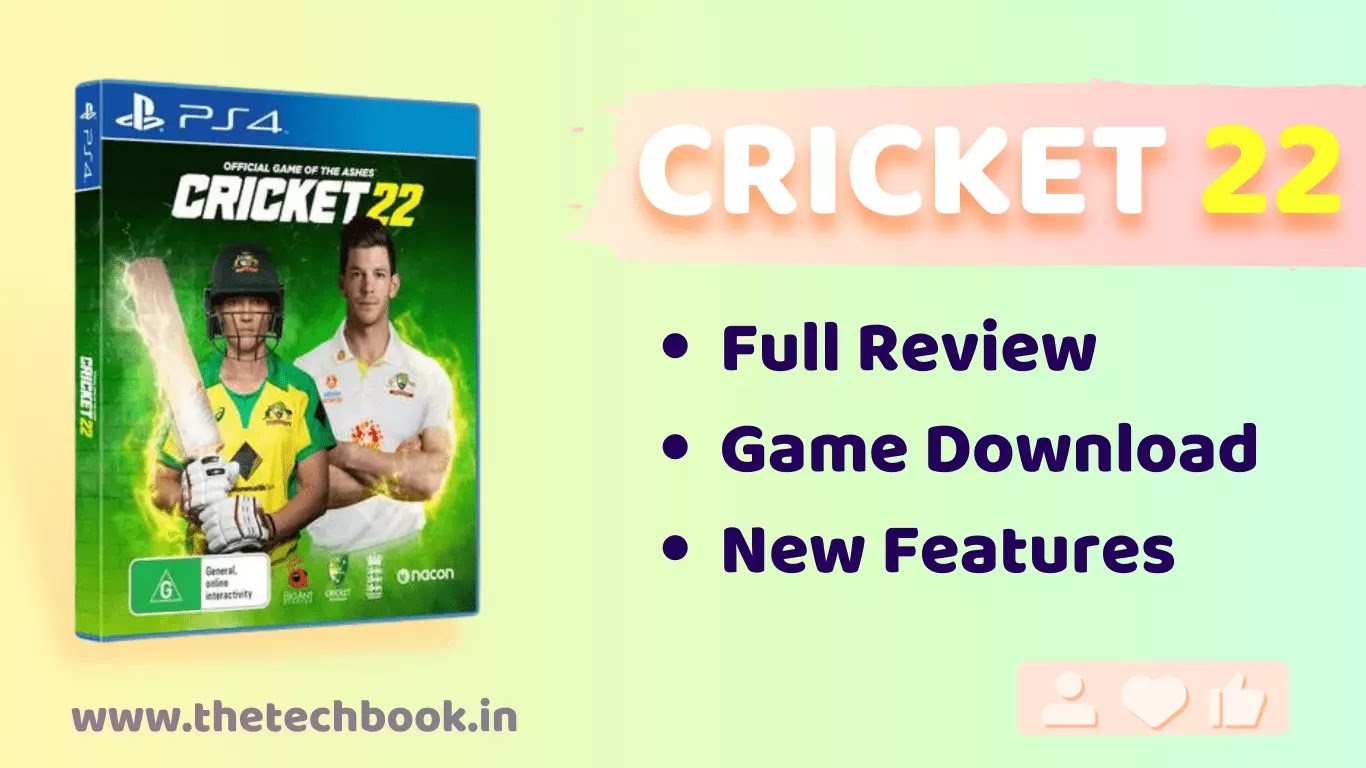 Cricket 22 is the official game for the Ashes 20-21 season. We are the part of the Big Ant Studios family for the last 10 years. They create every lasting sports game with realistic graphics and outstanding controls. This time Nacon also joined hands with Big Ant Studios to create something special. So, our expectations we higher after Cricket 19.

So, officially the game is announced and will be releasing soon. Developers have given a new touch to Cricket 22 with some cool graphics and control changes. New game, new season, new expectations hence more and more fun for us.

Overall: Cricket 22 is the best cricket game for pc/laptops/consoles like Xbox & PS. It has some major improvements on actions, control, game graphics, commentary, crowds, umpire and the whole cricketing environment. Therefore we can say that Cricket 22 will make you experience reality, thriller, drama and fun.

Cricket 22 will be released on the 25th of November 2021. Though Big Ant will also be giving progressive early access and steadily they will least to full release of the game. However, you can do the pre-registration of the game. 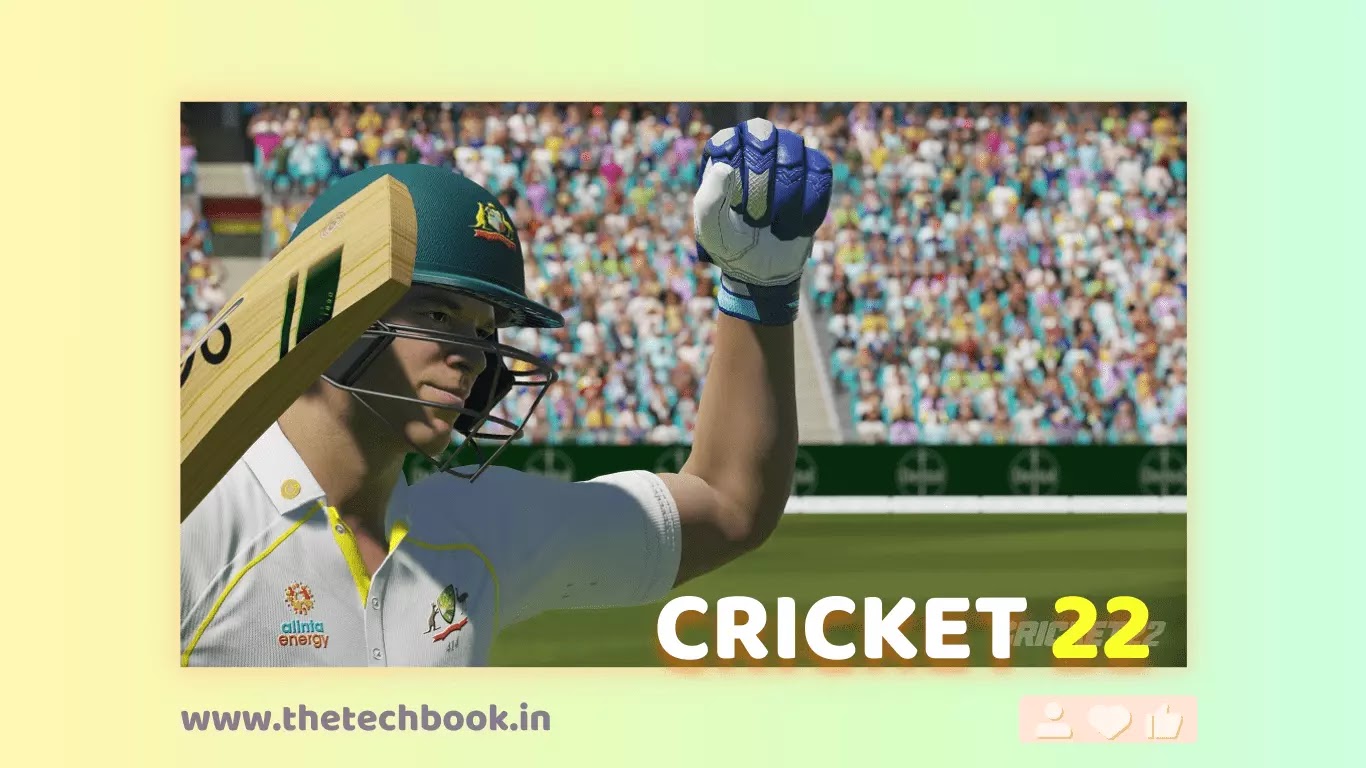 Developers have claimed that it's the best graphics they could ever make in the sports gaming category. It's just incomparable and mind-blowing. There are some huge changes and major improvements in every aspect of the game.

Not only do you get ultimate graphics but you also get the best visuals effects. The loading speed will be lighting so easily you ane get into the action and ready to rock. However, much more details are yet to come.

Control was a major issue for some of the users. As, Big Ant Studios was passing the same traditional control over series like DBC 14, DBC 17 and Cricket 19. So wait, here comes the twist.

Now in Cricket 22, you get more chances and improved controls. Whether it's bowling batting, running, fielding and some usual movements, you can have 100 control over them. Therefore you can play some gorgeous shots, freaking deliveries, tricky run-outs and all-over control will remain in your hand.

AI was unnoticed and noticed then we saw some blunder glitches. So, no more unusual movements, now you will get good competitions, strategy, challenges and much realistic carrier mode.

Grow yourself from a beginner to a star player. Learn new skills, develop more muscles in the gym, increase more fitness. For the first time, experience the world off the field. Well, it's gonna be a dangerous combination.

Big Ant Studios got the legal licences of countries like Australia, New Zealand, West Indies, Ireland, England. So new tournaments are added up in Cricket 22 with legal players and realistic faces.

In Cricket 22 you can now enjoy the thriller of Domestic Cricket, Regional Cricket, Big Bash & CPL.

New licensed realistic players are introduced with exact shot-making, bowling & fielding capabilities. You just can't wait for it. Moreover, C22 has also focused on off-field cricket as well, as a result, you may get a new hairstyle, beards, bats packs & much more.

Every single action on the field matters, no action will be left for the crowd cheering. New commentators are being introduced namely: Ian Healy, Mel Jones, Michael Atherton, Alison Mitchell and David Gower respectively.

So get ready for exciting commentatory for each & every action on the ground.

A deserve & huge fan base is built over time which needs some further customization. Speciality for IPL mod in Cricket 22, bilateral series, new jersey, banners, logo, players & more. So, therefore, the community options also much are expanded and allow to play non-licensed teams like India, RSA, Pakistan etc. 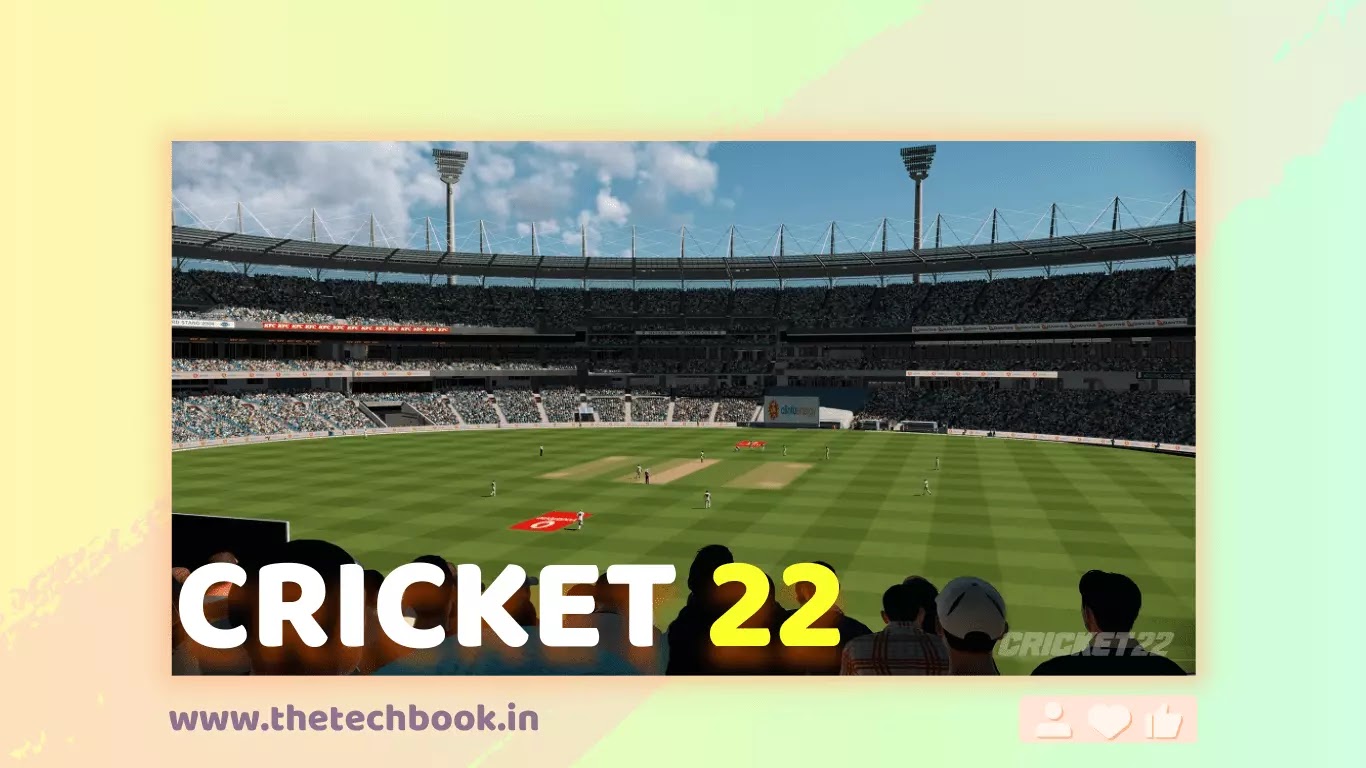 You can buy and then download Cricket 22 game directly from Big Ant Studios. You can download and play Cricket 22 on various platforms like PC (Steam), PlayStation (PS4 and PS5), Xbox (Xbox One and Xbox Series X/S). Tough Cricket 22 will be available on  Nintendo Switch only after January 2022.

It's a very easy procedure to get the pre-order done quickly. Just visit here and pre-order Cricket 22 right away. We must say that C22 is worthy of its price, it is a big value for money. Anyway, you may also get a free version of Cricket 22 to download for PC.

Cricket 22 official ashes game is releasing on 25 November 2021. Though pre-bookings are open now.

Can I play Cricket 22 offline?

Does cricket 22 require a graphics card?

Yes, it needs at least 2GB of Graphics Memory for good gameplay and playable frame rates. It's the minimum requirement of Cricket 22.

Does Cricket 22 have IPL Tournament?

It doesn't have an IPL tournament but we can install IPL teams, player jerseys & stadiums from the community tab and enjoy IPL.

What is the price of the Cricket 22 PC?

You can shop Cricket 22 at USD 99. Well, the rate may look a bit higher for some gamers, but it's a big value for money.

Just stay tuned with thetechbook.in, we will provide you free link after the official launch.
Cricket Games: